Menu
Log in
Register
Navigation
Install the app
More options
Change style
Contact us
Close Menu
You are using an out of date browser. It may not display this or other websites correctly.
You should upgrade or use an alternative browser.

New things happening all the time. Now there is a way to remove fat without surgery. It's called Cryolipolysis. It is a process involving freezing the fat beneath the skin, and will effectively remove around 25% of the fat in the area. Therefore, a total of 4 treatments is usually what is called for. This has been out now for about two years or so. You can google it for yourself. In the mean time, this from wiki:

Cryolipolysis, popularly known as CoolSculpting,[1][2] is a trademark[3] owned by Zeltiq Aesthetics, Inc.. According to the trademark registration file, it refers to a medical device used to destroy fat cells. Its principle relies on controlled cooling for non-invasive local reduction of fat deposits to reshape body contours.The exposure to cooling is set so that it causes cell death of subcutaneous fat tissue without apparent damage to the overlying skin. The procedure is billed as a nonsurgical alternative to liposuction

Method of action and animal studies

Lipolysis procedures attempt to "dissolve" fat cells by nonsurgical means. A number of methods have been attempted, including the use of laser, ultrasound, and rf current.[4] Popsicle panniculitis is a dermatologic condition that shows that exposure to low temperatures can selectively damage subcutaneous fat while leaving skin intact.[5] Based on this premise, fat cells are more easily damaged by cooling than skin cells, cryolipolysis was developed applying low temperatures to tissue via thermal conduction. In order to avoid frostbite, a specific temperature level and exposure is determined. Drs. Dieter Manstein and R. Rox Anderson at The Wellman Center at Massachusetts General Hospital originated the concept, explored it in a number of experiments on pigs, and reported their data in 2008. [4][6] While the process is not fully understood, it appears that fatty tissue that is cooled below body temperature but above freezing undergoes localized cell death followed by a local inflammatory response, a local panniculitis,[4] that gradually over the course of several months results in a reduction of the fatty tissue layer.[7]

The first human study appeared in 2009 when Coleman et al. reported results after cryolipolysis had been applied to love handles in a single session to ten patients, each patient being their own control. A session takes less than an hour and does not require anesthesia. With a single treatment subjects had a 20% reduction after two months and 25% reduction at six months in the fat layer as assessed by ultrasound.[7] The lipolytic effect of treatment takes place within about two to four months.[5] It appears primarily applicable for limited discrete fat bulges.[8] With the small number of patients treated clinical data remain scarce, thus it is not known how long the treatment effect will last, or when and if later treatments would be necessary to maintain the result.

Side effect data are based on a limited experience. Transient local redness, bruising and numbness of the skin are common side effects of the treatment and expected to subside.[7][8] Typically sensory deficits will subside within a month. The effect on peripheral nerves was investigated and failed to show permanent detrimental results.[7] No serious long-lasting side effects were encountered during follow-up time of 6 months.[7] Scarring, ulcerations, or changes in blood lipids or liver functions have not been reported.[8]

In September 2010, the Food and Drug Administration approved two non surgical devices for the purpose of selective fat reduction, one being the Zerona laser, the other the Zeltiq device for "cryolipolysis".[9] Zeltiq Aesthetics of Pleasanton, California, which developed the cryolipolysis device was founded by Scott Wolf, MD, with funding from venture capital companies including Advanced Technology Ventures, Frazier Healthcare Ventures, Venrock and Aisling Capital. It had already been approved to cool skin for pain reduction in selected applications and was used "off label" prior to FDA approval for cryolipolysis. The term "cryolipolysis" is trademark-protected.[3]

and it's inexpensive too! I think the average cost is $1500?

How many treatments for that price? I think something called Bella toning or something to that nature is out..


Christosterone said:
How many treatments for that price? I think something called Bella toning or something to that nature is out..
Click to expand...

all that shit is expensive

(it was a cool article)

Jenner said:
all that shit is expensive
Click to expand... 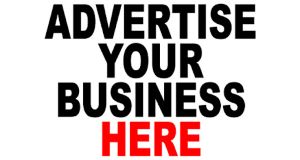